RISE for CLIMATE JUSTICE! Sept 27th, 2019 / Waterloo, Ontario – People from across the region gathered today at Waterloo Town Square, in the largest environmental gathering the region has ever seen, to call for immediate and urgent action on climate change. The 5000+ people here joined more than 7 million participants in over 160 countries around the world who took to the streets this week to make it clear that we need urgent and ambitious action TODAY, as part of the Global Climate Strike (www.globalclimatestrike.net)

Today’s strike brought together indigenous people, students, parents, and workers, all calling for one single thing … the right to a livable future! In a year that has seen new heat records, the strongest hurricanes, intense rainfall, and rapid melting of the ice caps. In a year when Canada declared a climate emergency and bought an oil pipeline. In a year that has seen the Amazon rainforest, often known as the lungs of the Earth, burning for cattle. In this year we have seen the largest climate strikes ever recorded.

Over the past year, we have had several scientific reports, including the IPCC SR1.5, the WMO Global Climate in 2015-2019, and the IPCC SR on Ocean and Cryosphere, that have presented the stark impacts of climate change and the action needed to avoid the worst of these impacts. The science is clear we need ambitious action today!

We URGENTLY NEED all levels of government to commit to a 50% reduction in emissions by 2030, leading to net-zero emissions by 2050, if we are going to be secure a livable planet for future generations, and deliver a safe climate future for all life on earth. 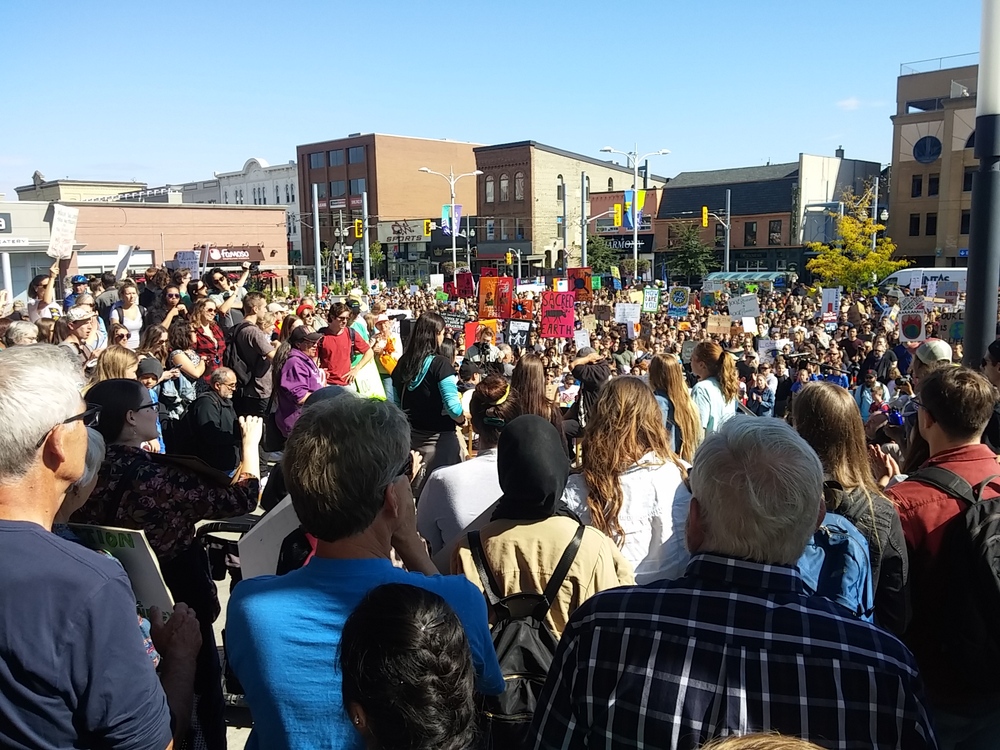 We’ve started posting pictures from the Climate strike on Sept27th. If you have any you would like to contribute to our website please send them to ClimateStrikeWR@gmail.com.

WATERLOO REGION — Beethoven’s music has inspired activists around the world, most famously when students in the Tiananmen Square uprising played his masterpiece “Ninth Symphony” as a way to build hope and solidarity.

Next Friday, the “Ode to Joy” from that symphony will ring out over Waterloo Public Square in what organizers say will be the biggest climate strike so far in Waterloo Region.

It will start off low, with just one instrument, and gradually swell as other professional musicians, members of local choirs, and hundreds of others join in.

It will “just kind of build,” the way organizers hope momentum for climate action will build, both in the region and around the world, said Mo Markham, one of the organizers of the local climate strike.

Earlier monthly climate strikes have attracted anywhere from 100 to 300 people, but the one on Friday, Sept. 27, at the public square, held as part of worldwide strikes for Climate Week, could draw 1,000 or more, said Meg Rutter Walker of Fridays for Future Waterloo Region.

“There’s a lot of energy and a lot of excitement,” Rutter Walker said.

Read More at the Record …

BEYOND CRISIS is a story of hope for a rapidly changing world: a meditative call to action that explores what it means to be living in this new era of climate change, as told by over fifty diverse voices from across Canada, the U.S. and beyond. 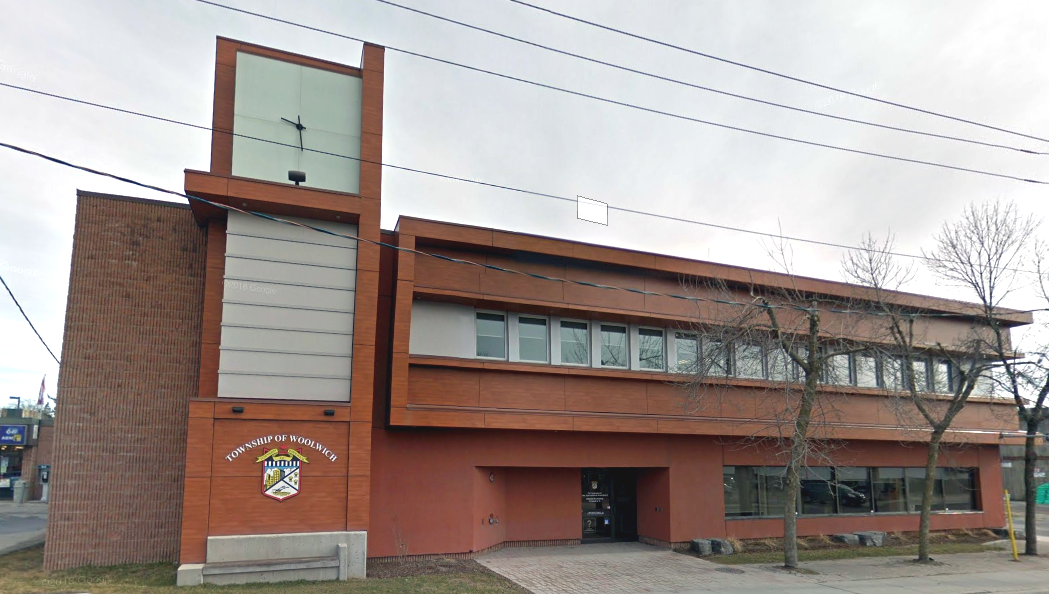 Countries from all around the world are having or planing their own Climate Strikes. We in Waterloo Region (Ontario, Canada) will be having our strike on the 27th of September (2019). What’s interesting is that we are seeing interest in what we are doing, on our web site, from all over the world:

We’ve been collecting posters from all our rallies since January 2019. Check out our Posters page to see some of our current posters. Hopefully they will help you design some new posters for the Climate Strike rally on the 27th!

Sept 21st, 12Noon-2:00pm — Our Time KW Organizing Meeting, Social Development Centre Waterloo Region (St John’s church), 23 Water Street North, Kitchener (streetview, map).
The climate crisis is here, and as youth, we will be affected more than any generation before us. As the largest voting bloc for the first time in Canadian history, we also have a huge opportunity. For decades, fossil fuel billionaires and their political allies have put people and the planet in jeopardy. Last fall, scientists confirmed we only have until 2030 to cut our emissions in half to avoid catastrophic climate change. Their time is over. The 2019 election is Our Time. Please register and get more details here. 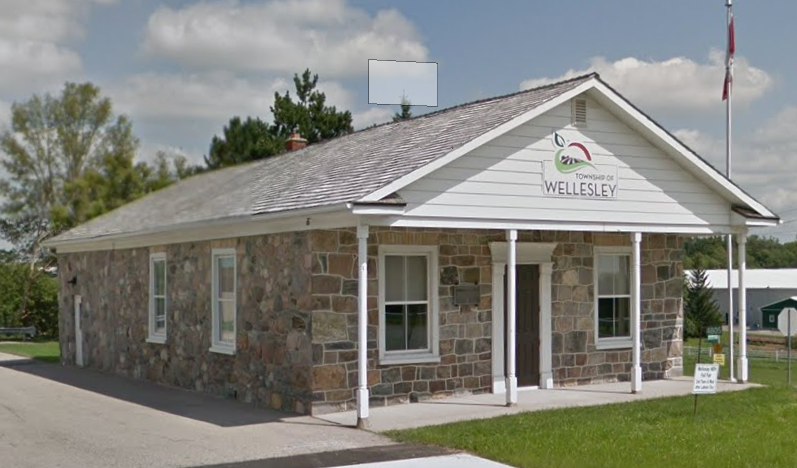 We will have photographers and videographers at the strike. We will be using photos and videos for promoting future strikes, and they will be posted on social media. Also, The Museum in downtown Kitchener will be mounting an exhibit in January about the climate crisis, and they will feature photographs from our strike in the exhibit, and across the front of the building. The groups organizing the climate strike in Waterloo Region are all nonprofits, as is The Museum. None of the organizers will be profiting in any way from the photos or videos; they will be used for artistic and publicity purposes, and to continue to raise awareness about the climate crisis. **Teachers may want to think about getting parental permission for photos and videos.