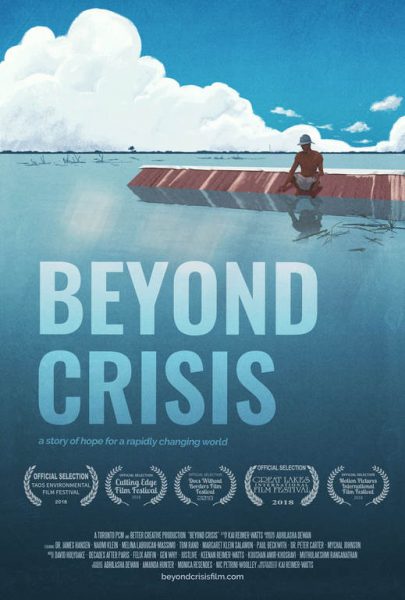 A story of hope for a rapidly changing world.

Join us at the Princess Twin Cinema at 46 King Street North in Waterloo on Monday Sept 23, 2019 from 6:30-9pm for the showing of the climate documentary Beyond Crisis directed by artist-director Kai Reimer-Watts.

Beyond Crisis was started by a small team of filmmakers who rallied to film the historic 2014 People’s Climate March in New York. Shortly following the march, the team incorporated as Toronto PCM (“People’s Climate March”), and evolved a small, committed crew to carry the film forwards.

While Beyond Crisis has had contributions from a wide range of talented artists and film professionals along the way, it was carried to completion largely by volunteer efforts with artist-director Kai Reimer-Watts leading the project. The film has always been perceived as a story generated with community, for community, and is now on its way to being shared with all those who inspire it as a tool for community engagement and action.

Get more information at ClimateStrikeWR.ca on the Events page.